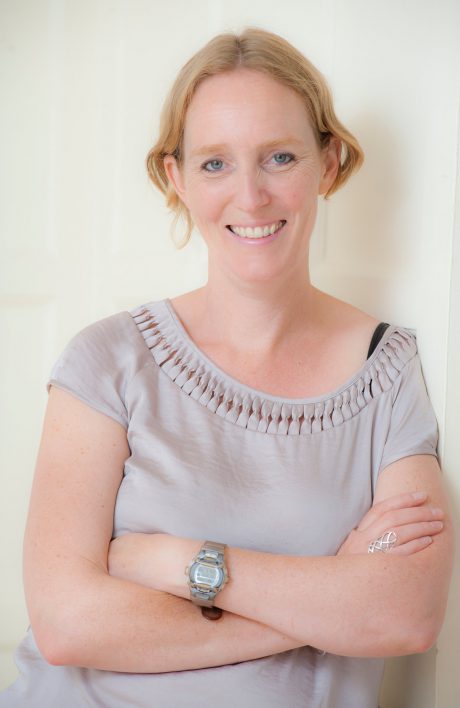 Yvonne is the lead partner and Artistic Director and Executive Producer and uses her background as a theatre director, producer, practitioner, facilitator and artist and activist to create everything from  productions to prototypes, creative learning strategies to creative classrooms and frameworks to forums for conversation.

Motivated by collaboration, co-creation, creative thinking & problem solving and supporting others to become the individuals and organisations they have the potential to be.

Yvonne uses theatre and the arts to empower, inform, challenge  and inspire positive social change. Yvonne believes creativity should be at the very core of how we all learn and work every single day.

. “We’ve worked with Yvonne as facilitator of a number of Open Space events at NDCWales over the past few years. She’s a phenomenal communicator – clear, engaging and always thought-provoking. In both the planning stages and in the delivery she’s shown a strong commitment to equity and inclusion, by working with us to ensure that many voices have been given space to share their experience and be heard. She’s an insightful and highly valued collaborator.” Paul Kaynes, Chief Executive, National Dance Company Wales

Following on from six productions including a Shakespeare Trilogy and two shows for children Yvonne created The Talking Shop pilot in 2019.

This has led to the Clwstwr R&D project The Democracy Box, researching and developing new creative approaches to democratic participation and civic engagement by ensuring a wider public knowledge and understanding of our UK democratic systems and structures.

Omidaze Productions are committed to the 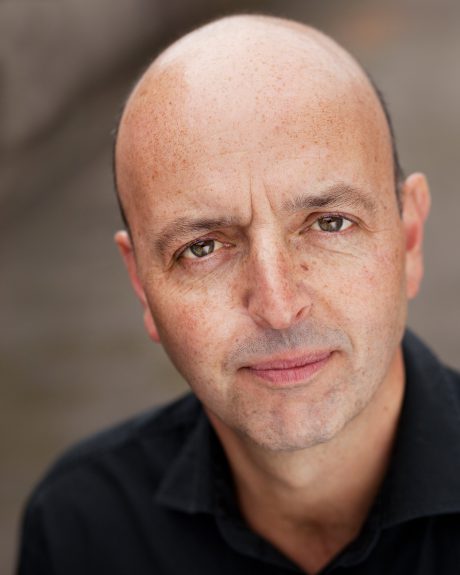 Dick is an actor and a writer. His acting credits in a career spanning 25 years include Romeo and Juliet and Macbeth for the English Shakespeare Company and Malvolio in Twelfth Night for York Theatre Royal. Television includes The Office, My Hero, High Hopes and Belonging (BBCTV) and Caerdydd (S4C).

Dick has appeared in many Radio Dramas for Radios 3 and 4, and was for several years a compere on the comedy circuit. In 2016 his one-man show Dick Johns What Midlife Crisis? played to sell-out houses at Chapter, Cardiff; and the sequel Let’s Talk About Death, Baby played at the same venue in September 2018.

Dick has 25 years of experience as a facilitator, designer and role player across public and private sectors for clients as diverse as Marks and Spencer’s, RBS, the NHS, AstraZeneca and South West Trains. He has been lead facilitator on award winning leading edge customer service training for Specsavers, Sony Games and Arcadia. He has a wealth of experience as a role player on leadership, assessment and development events. He is also an experienced corporate MC and host.

Dick is also the Lead tutor at Young Actors Studio, Royal Welsh College of Music and Drama & experienced Workshop Leader and Facilitator and works across the cultural and corporate sectors for companies including the Royal Shakespeare Company.

Dick writes for stage and short stories and won the 2015 Writers’ and Artists’ Yearbook Short Story Award for his story ‘Joy’. His short story collection Dignity and Other Stories is available to buy at www.dickjohns.co.uk

Yvonne’s Biography  – Yvonne read Drama at Manchester University (1988-91) before going on to train as an actor at The Royal Welsh College of Music and Drama (1991-2) and as a teacher of English & Drama at UCL (1995-6). Yvonne has been a freelance Theatre Director, Creative Producer and Creative Practitioner and Consultant since 1992 working across the UK and Internationally.

In 2008 Yvonne founded Omidaze Productions and in 2013 was awarded an Arts Council of Wales Clore Fellowship. Yvonne has been made an Associate Artist of Wales Millennium Centre, Theatr Iolo and Artis Community and has been a board member of Chapter, Cardiff and Awen Cultural Trust. She is an elected councillor for Penarth Town Council and stood as a Parliamentary Candidate in the 2019 General Election and strives to make work which empowers, informs, entertains new audiences, challenges the status quo and inspires positive social change.

Yvonne works across the Cultural & Creative, Democracy and Corporate sectors and is particularly interested in the intersection between Cultural and Democratic Participation, Access and Engagement, Alternative Economic and Business Models and Creative Learning.

During the year-long Clore Leadership Fellowship programme www.cloreleadership.org Yvonne was mentored by Jude Kelly. For her secondment, as part of this intensive development programme, Yvonne was Strategic Lead for the National Arts & Cultural Movement – What Next? This post continued beyond the Clore Programme through until Autumn 2014 and Yvonne remains actively involved as a Co-Chair and Founder of the Cardiff Chapter of What Next?

Yvonne is currently working on The Democracy Box and creating and curating The World Has Changed Response #1 A shared learning, development and thinking programme for Freelancers & organisations working in the Live Performance Sector in Wales. The programme is project funded by The Arts Council of Wales Stabilisation Funding

Yvonne’s Creative Learning Work: Designed and delivered Omidaze’s annual summer schools and year round workshops and teacher training and is a Creative Agent and Creative Practitioner for the Arts Council of Wales Lead Creative Schools Scheme specialising in Creative Classroom design and use. Yvonne has worked for many of Britain’s leading Theatre Company’s and organisations specialising in work with young people and training including the Royal National Theatre, The Shakespeare Schools Festival, The Mousetrap Foundation, Bristol Old Vic, Plymouth Theatre Royal, The English Shakespeare Company and Welsh National Opera and  has been a tutor for The Royal Welsh College of Music & Drama’s Young Actors’ Studio since it began in.

Yvonne also writes. A lot. From speeches to marketing copy to business plans to blogs and proposals and pitches. An experienced fundraiser Yvonne has secured and managed large-scale funding from Kickstarter Crowd Funding, the Arts Council of Wales, The European Social Fund, Paul Hamlyn, Esmee Fairbairn and the Foyle Foundation and thinks she probably could have written a couple of books by now with all the words and time spent on funding applications. Every New Year’s Eve she promises herself that this year she will write the book of the first Omidaze show, Things Beginning With M.

Yvonne returned to South Wales from London in 2005 where she now lives with her husband and three children.

Get in touch with Yvonne by emailing y.murphy1@ntlworld.com

Where it all began Omidaze Productions was founded as a partnership in 2008 by two freelancers – Yvonne Murphy & Dick Johns (aka Dick Bradnum). In 2008 when we printed some postcards delivered them to all the schools in our area and designed and delivered our first Shakespeare Summer School, a fun and interactive introduction to Shakespeare and Drama for 7-11 year olds. It sold out and received outstanding feedback.

Our first production Things Beginning with M began with a week of R&D supported by the Sherman Theatre in 2008 and following pilot performances in Chapter, Cardiff and the Windsor Pub in Penarth in 2009 and further R&D, in 2010 we toured across Wales in Autumn 2012 to sell-out venues and great reviews, culminating in performances in the Arcola Theatre Tent in London. 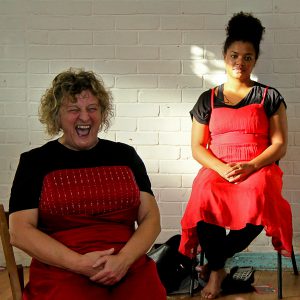 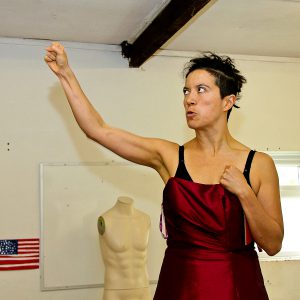